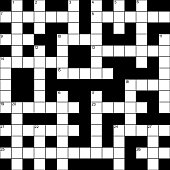 Jana L. Gibson (88) a long-time resident of Medical Lake passed away on July 27.  She was the middle child of sixteen siblings born to Frank and Lucille Moore in Onawa, Iowa on April 21, 1931.  Her sizable family picked up stakes in Iowa and relocated in Ryderwood, WA where she attended local schools.  It was in the Longview area that Jana met and married Gerald (Pat) Gibson.  Upon Pat’s enlisting in a career with the Air Force, Jana and Pat lived the Air Force lifestyle; living in various locations throughout the United States from to Alaska to California and finally Fairchild AFB, in addition to several tours overseas including a three-year stint in Madrid, Spain.  Jana worked several years at the Fairchild BX and eventually retired from Eastern Washington Hospital.  Jana was preceded in death by her husband Pat, parents Frank and Lucille and 12 brothers and sisters.  She is survived by three of her siblings, Donald Moore, Caracas, VZ; Susie Welton, Spokane; and Mary (Gene) Conrad of Puyallup, WA.; her two children Linda (Craig) Lenhart of Spokane; Mike (Joyce) Gibson of Medical Lake; grandchildren Jenny Gibson, Spokane; Michael (Keri) Gibson, Spokane; and two great-grandchildren, Gianna and Maverick Gibson, Spokane; in addition to numerous nieces and nephews.

Funeral services will be held at Hennessey Funeral Home, 2203 North Division St., Spokane, WA 99207 on Saturday, August 10th at 1:00 pm.  Jana’s interment will be at Willamette National Cemetery in Portland, OR on Tuesday, August 13th where she will join her husband Pat.

Memorial contributions may be made to the charity of your choice in her memory.