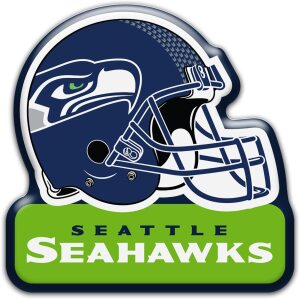 John Armen Hekimian, age 60 of Spokane Washington, passed away on November 9th, 2021 after several days of fighting to recover from a heart attack. He was born in Inglewood, California on December 12th, 1960. John is a first-generation American on his dad’s side and had a proud Armenian heritage. Growing up, he attended a private Armenian school, then in later years, switched to public schooling.

John married his high school sweetheart, Jill Tracy on January 28th, 1979. Shortly thereafter, they moved to Spokane, WA and together they raised 4 children and enjoyed 42 years of marriage. John was very hard working and took pride in all he did. He worked for Eagle Hardware for 10 years then ventured into the world of being a small-business owner with John’s Mobile Screen Service (JMSS) and also worked for Noble Cabinetry for 10 years after which, he returned to Eagle Hardware (now Lowe’s) for another 10 years. He had mad-electrician skills, was a self-taught auto mechanic and could build anything. Away from his day-job, he enjoyed taking his family camping, passing down his knowledge and skills as an avid outdoorsman, enjoying poker night with his friends and could often be found behind his screen playing competitive games of candy crush. He had a passion for sports and favored the Seattle Seahawks, Mariners and his hometown team the LA Dodgers and could often be found sporting a team jersey and recapping the recent game. John enjoyed all things outdoors including camping, fishing, and building bonfires that were both beautiful and mesmerizing. More recently, he took pride in his green thumb and developed a hobby of gardening and growing beautiful roses and tomatoes. John worked diligently throughout his life, enjoyed the little things, took pride in his family and their accomplishments, and enjoyed the moments he could celebrate with them.

John was preceded in death by his parents, Vasken and Rose Hekimian. He is survived by his wife, Jill, 4 children John Jr. (Lyndsie), Jordan (Rhiannon), Jared (Miranda) and Jennifer (Victor), his 4 granddaughters, Madison, Mackenzie, Avery and Ruby and his furry sidekicks, Remy and Rex Bumbley. He will be deeply missed and forever loved by those he left behind.

An open house will be held in his honor from 4-8 PM PST on Friday, November 19th, 2021 at Hennessey Funeral Home in Spokane, WA. To leave an online condolence to John’s family, please visit our website at www.HennesseyFuneralHomes.com.

To send flowers to the family or plant a tree in memory of John Armen Hekimian, please visit our floral store.